Hacking and How it has impacted the world

This article is about hacking and some of the major hacks that have occurred.

As technology has advanced in recent times, so have the hackers. From basic adware and remote access trojans or RATs for short, to large scale viruses targeting banks and large companies, hackers have always found away to breach the system of their choice. Survival of the fittest, right? More frequently than not, the people behind the computers do not choose hack on a larger scale and steal information from a company’s computer system. Then again, there are those cases in which a government has created a virus to target another country or someone has breached the Military’s computer system.

The 500 kilobyte worm virus, even though being very small, had extreme firepower. It slithered along from one industrial plant to the next and ended up infecting fourteen different plants. Once it had infected the computers, the code ran to attack in three stages.

Phase one was to target and infect windows based computers and servers. Secondly, it searched for Siemens Step7 software. This Windows-based software is used to program industrial control systems that control and operate equipment. Stuxnet’s final phase was to compromise the programmable logic controllers. This allowed Stuxnet’s creators to then spy on the centrifuges and eventually lead the centrifuges to tear themselves apart. Although the worm infected these plants, there were no confirmed cases where the centrifuges were destroyed.

Operation Shady Rat was a high level hacking campaign that lasted for over five years. Intruding the computer systems of national governments, global corporations, non-profit organizations, and many others, Operation Shady Rat caused worldwide damage. From these attacks, many government secrets, e-mail archives, legal contracts, and design schematics were shared amongst the internet. As of August 2011, companies and organizations such as, Sony, Fox, the British National Health Service, and the websites of PBS, The United States Senate, and the CIA were all breached. Overall, there were 70 victims in 14 different countries. It is believed that these attacks were conducted from China due to most of the southeast-Asian countries reporting attacks and none coming from China. Operation Shady Rat not only left companies devastated, but countries too. Many countries' economies were directly affected after the stolen information was leaked. These attacks led many to dub 2011 as the “Year of the Hack”.

It started in back in 2012 when an employee clicked a link in a scam email. The hackers have successfully infiltrated the system. The employees noticed the computers acting out of sorts. Screens were flickering, files disappearing. Others completely wiped, unable to start up. In a rush to save what was left of the computers, all servers were completely disconnected. This was the act of a virus created by a group that called themselves, “The Cutting Sword of Justice”.

Providing 10% of the world’s oil supply, Saudi Aramco had to go offline. They were unable to refill oil trucks. As a matter of fact, the company was sent back to the stone age (obviously not that far back in time). No email, no phone, only paper, pencils, and typewriters. Though this was a major setback, Oil production remained at the steady rate of 9.5 million barrels a day. After buying over 50,000 new hard drives, Saudi Aramco were ready for a fresh start. In addition, the company also learned from their mistake the first time and expanded their cyber security team.

When Sony released “The Interview”, it angered a group of hackers supposedly from North Korea. Specifically, what triggered the hackers to hack Sony was the plot to assassinate Kim Jong Un. These hackers started out hacking personal emails of world famous movie stars. They exposed personal details and embarrassing emails. Next, they threatened cinemas showing the movie.

The hack originally began on November 22 when skulls appeared on each employee’s computer screen and threatened the exposing “secrets” from the data obtained in the hack. Just like Saudi Aramco, Sony’s employees were forced to work with pen and paper. The premiere of the movie was cancelled, but later released online making around 15 million dollars.

North Korea denied their involvement in the hack and later called it a righteous deed. In addition, A North Korean Ministry Spokesman labelled the movie as an act of terrorism. This breach has become one of the most damaging and difficult episodes in recent Hollywood history.

Preventing a hacker from getting into your system is easier than you think. Here is a list of some of the many ways to accomplish this:

TAGS : techhackhackinghackerhackersoilsonyplaystation
Let us know how you like this article. Like it and Rate it below.
104 0
0
Thanks for rating this article
0 stars - by 0 user(s) 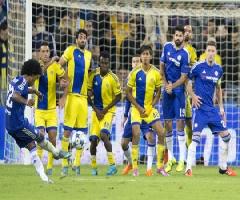 My entire life I have had a passion for sports, writing, technology, and video games. I frequently use these topics in my writing as it keeps my readers, and I interested.